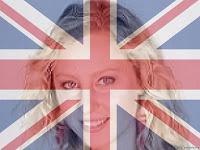 We have a saying in Czech: “As many languages you know, as many times you are a human being.” It actually means that “The more languages you know, the broader is your mentality.” It doesn’t refer only to the ability to communicate in different languages, but also the ability to share in various spiritual spheres or different cultures. Personally I can say that the knowledge of foreign languages brings you many new opportunities, opens your mind and makes you more sharing and understanding. In this post I would like to share with you my experience with foreign languages. My first foreign language is English. It’s a language that I have been studying for many many years. I started to learn it at basic school and honestly, I cannot forget when we were supposed to write a test from present simple and continuous tense and I had no idea about it. I had to ask my friend to help me and explain everything. Anyway, I got into it and now I would say that knowledge of English language is absolutely necessary in the current world. English surrounds us everywhere and it’s good to learn it because if you want to travel and talk to the locals, English is a must. When I started the high school, I chose to learn German as a second foreign language. We had a great teacher and I even successfully passed final exams from German. Unfortunately, after that I didn’t speak it anymore and during the years when I was studying at university, my German had gone. Even if I still have it hidden somewhere in my mind and I can understand something, I am not able to have a normal conversation with Germans. Although my current intention is to get it back! Let’s see how it will work out. Totally new language adventure began at my university when I started to learn Modern Greek language. My studies were actually based on it. Before my studies started, I was supposed to learn six chapters of Greek from one language book. At the beginning it seemed to me that it’s impossible to learn it. The alphabet is different, I didn’t even know if I learnt the correct pronunciation, I couldn’t remember vocabulary because the words seemed so different. When my uni began, I was lost a bit. To remember the Greek vocabulary better, I put small papers with Greek words everywhere, just to see them all the time and to transfer it somehow to my mind. It helped but the fight of me and Greek was really hard. I wasn’t sure I could win it and really speak the language one day. Slowly slowly, I started to like Greek and after two summer language courses I literally fell in love with Greek language, I was studying it more and more, my enthusiasm was growing and my love for Greek was getting stronger. Even though the journey of learning Greek was really hard, at the end, we got along very well. I still love it, I still speak it and I hope it will stay like this. The last language I speak is Spanish. Studying this language was also quite complicated but not because of its difficulty, the problem was in the way when I was learning it. I also started to learn it at university, at the beginning everything seemed to be pretty easy but that was probably just a tricky start. The third year of my studies, we were supposed to learn a lot of new vocabulary, we had to know the meanings of many Spanish proverbs or collocations. The final test was very very difficult and nobody passed. Thank God, the year after they changed the concept and they made our last year of Spanish a bit easier. After passing Bachelor’s final exams I swore I never wanted to see Spanish again. Everything changed after three years when I decided to come to work to Mallorca. Not being able to say a single word in Spanish at the beginning changed into speaking the language quite well at the end. And… You know the rest of the story☺.

Is learning more and more languages easier or more difficult? Well, it depends. When you know more languages, you can understand some similarities and differencies between them. For example, the knowledge of Greek can help you to understand and clarify many things in other languages because many Greek words appear in them as well. The difficulty of speaking more languages comes when you cannot speak the language well, when you just don’t know some words. What happens everytime is that when you cannot remember a word in one language, it will definitely come to your mind in all other languages you can speak. Also when you can speak more languages and you are often in international place, the mess in your head increases. Being able to quickly switch between the languages can sometimes be a problem. It’s usually funny when you don’t realize that you unknowlingy changed the language in the middle of the sentence and the person who you are talking to is looking at you, super confused, and at that moment when you realize what happened, you just feel like you came from another planet. Maybe it’s true, language ninjas are not normal people☺.

Which language will you learn next?

Well, you’ve read my story, my journey through different languages. At the end, I would like to tell you that learning any foreign language is not just about the gramatics and vocabulary. Of course that’s an important part of it but you should be enthusiastic about studying the language. You should surround yourself with it by listening to the music, reading something in that language that you’re interested in, watching movies or series, changing language in your phone or facebook, you should also focus on the culture of people who speak the language. Be happy to learn something new, stay motivated even if you make mistakes – everybody does, even native speakers – and just enjoy learning it. You will get your effort back by experiencing the world differently. So what will be your next language to learn?
Please follow and like:

One thought on “Language ninja”