Thessaloniki is a city that will stay in my heart forever. Four years ago I spent there 5 months with exchange programme Erasmus+. That’s when I fell in love with the city and that’s also when I started to write my blog. You can still check my posts from that times of “Thesserasmus“. After Erasmus I visited Thessaloniki two more times just for few days – in 2016 and this year – and I finally realized that I had never talked much about this amazing city. So let me present you the best things to see in Thessaloniki.

The White Tower is the most commonly known monument of Thessaloniki and the symbol of the city because of its prominent position, long history and imposive architecture. The tower was built in 15th century in order to replace an older 12th century Byzantine fortification while it was later reconstructed by the Ottomans. It was used as a fort enhancing the harbors defences, as a garrison and a prison. Because of its fame as a notorious prison it was also know as “Tower of Blood” or “Red Tower”. It was renamed White Tower after it was whitewashed possibly in 1891.

Today the tower is open to the public, the visitors can enjoy a wonderful paronamic view from its highest level. Inside the monument there is also a museum dedicated to the city’s history, its multicultural spirit and several other aspects of Thessaloniki.

The Arch of Galerius, better known as Kamara, is one of the most famous meeting points in Thessaloniki. It’s a triumphal arch built shortly before 305 AD to honor the Roman Emperor Galerius, after the final victory over the Persians. It used to be a part of the large building complex which included the Galerius Palace, the Hippodrome and the Rotunda.

Rotunda is one of the oldest religious sites of the city. It was built in 306 AD by Romans. Its building measures 29,8 metres in height and 24,5 metres in diameter. Its walls are 6,3 metres thick and can be only compared to the Pantheon in Rome. The interior of Rotunda was covered in glittering Byzantine mosaics, of which only a few fragments survived. In the yard around the Rotunda there are marble fragments from the Byzantine church, Jewish tombstones and other artifacts.

At the seafront on the promenade of Thessaloniki there is a sculpture depicting metal umbrellas. It was made in 1997 by the Greek sculptor Giorgos Zogolopoulos. At the Umbrellas there is a wooden platform with some stairs where you can sit, drink your takeaway coffee, enjoy the sunshine or watch the sunset.

The Aristotelous square is the city’s most central square boasting monumental mansions. It’s one of the biggest and most impressive squares in Greece. Under clear skies you can see Olympus massif in the far distance from the square.

Ano Poli is a part of Thessaloniki that you shouldn’t miss. This part is the only one that survived the big fire of 1917. As such, it boasts an old-time charm, it will take you back to the city’s Byzantine past. Because of its location, it’s where the city’s main fortress and other defensive structures (Eptapirgion, Trigonio Tower) were built during the Byzantine and Ottoman period. A large part of the Byzantine Walls that surrounded Thessaloniki have been well preserved, adding to the beauty of the city’s Acropolis.

Ano Poli can be reached by foot or by bus. I would definitely recommend to walk, it’s worth getting lost in the little streets surrounded by beautiful houses. On the top you can enjoy the amazing paronamic view of the city and sea. Another site worth visiting is the Roman Forum, also known as “Ancient Agora”. It was constructed in the 1st century AD. The Roman Forum was a large open area surrounded by buldings of various functions. The forum was beautifully decorated with arches, cloisters and fountains. It was dug up by accident in 1960s. Currently, inside the agora you can visit the restored ancient amphitheater (Odeion) with its stands and scene, elements and parts of the Corinthian columns that used to form the imposive two-storey porticoes, and well-crafted mosaic floors.

I would like to mention two important churches of Thessaloniki.

Agia Sofia is one of the oldest churches in the city. It is one of several monuments in Thessaloniki included as a World Heritage Site on the UNESCO list. The date of the Agia Sophia is not entirely clear but most believe it dates from the early 8th century.

The church was built after 313 AD on the ruins of Roman baths. It’s the main sanctuary dedicated to Saint Demetrius, the patron saint of Thessaloniki.  It’s also the part of the site Palaeochristian and Byzantine Monuments of Thessaloniki on the list of World Heritage Site by UNESCO since 1988.

In Thessaloniki you can visit many different museums. The most important is the Archaeological Museum which highlights the history of Ancient Macedonia through a great collection of ancient findings dating from the 6th century. The Museum of Byzantine Culture hosts the richest collection of exhibits from the Byzantine period to the Turkish occupation. In the city, you can visit other museums as well, such as the Macedonian Museum of Contemporary Art that displays many artworks and organizes many exhibitions. Museums that emphasize the history of Macedonia are the Museum of Macedonian Struggle, the Balkan Wars Museum and the Atatürk Museum.

Thessaloniki is a beautiful city with a lot of history. On the picture and video below, you can see how the city looked like in the past. It’s very interesting to see how everything used to be connected because when you visit the city, you can just hardly guess how it used to look like. Anyway, if you get a chance to visit it, don’t hesitate. You will love it! 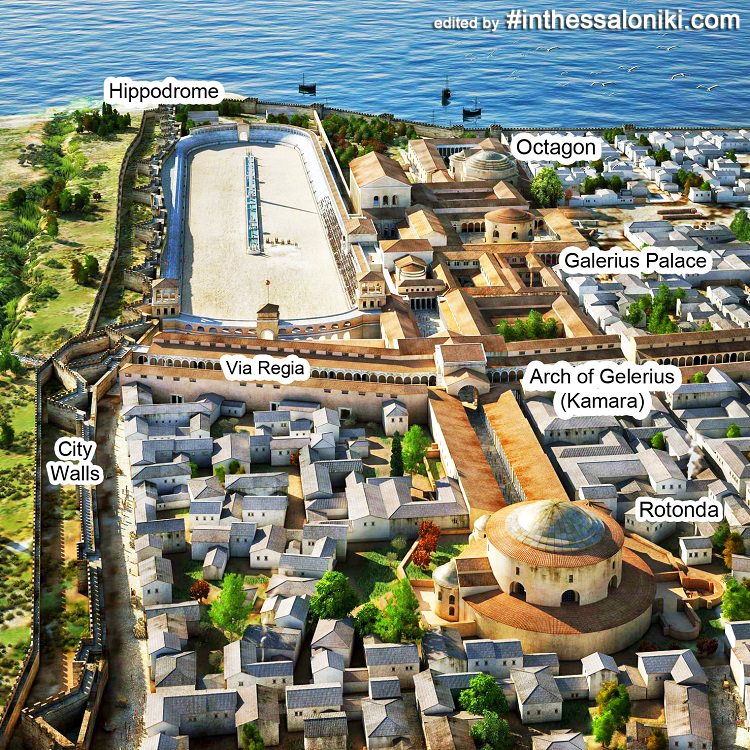 2 thoughts on “Best things to see in Thessaloniki”